Born in Shanghai in 1961, Qiu Jie started to learn painting by copying illustrations of the Red Guards in newspapers at the age of ten. In 1981, he graduated from the School of Decorative Arts in Shanghai and began to work as an art designer in the Shanghai Instrument Factory. In 1989, recommended by two Swiss artists, Qiu Jie studied multimedia art at the School of Fine Arts in Geneva. Currently living and working in China, France and Switzerland, Qiu uses the simplest tools - graphite pencil and paper - to express his concern about the life experience of the generation in China who went through the Cultural Revolution. Signed with the sobriquet 'The Mountain Man Who Lives Outside His Hometown' (Taxiang shanren), Qiu Jie's works connect his accomplished draftsmanship to the style of the propaganda posters from the Cultural Revolution era. 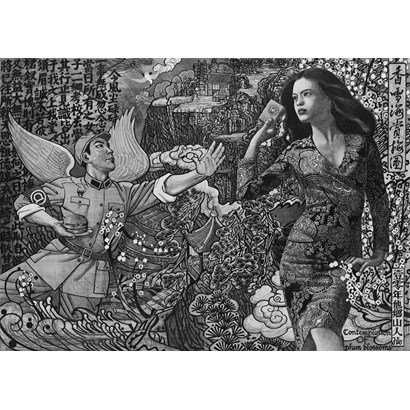