Born in Jiangsu Province in 1945, Wang Dongling is one of the most successful and gifted of the modernist calligraphers in China and one of the few who has for many years enjoyed an international reputation. At the age of 17, he was admitted into the Department of Fine Arts at Nanjing Normal University and studied calligraphy. The classes at the college were interrupted by the Cultural Revolution during the 1960s, but Wang survived the turmoil by writing big-character posters—generally a revolutionary slogan or political phrase writ large for posting in a public place—a job that ironically provided him with an artistic freedom not available at the university. After the Cultural Revolution, Wang attended the Zhejiang Academy of Fine Arts in Hangzhou and received his MFA degree in 1981; he has taught there (now the China Academy of Art) ever since, and he is currently vice-chair of the Calligraphy Department. Wang Dongling’s works were influenced by his experience in the United States from 1989 to 1992, when he served as a visiting professor at the University of Minnesota and at the University of California, Santa Cruz. Wang began developing a new form of composition that synthesizes traditional Chinese aesthetics with modernist art. Usually there are no decipherable Chinese characters in his works, which have become closer to abstract painting than to calligraphy. Wang Dongling has been enormously influential on the whole development of contemporary calligraphy and ink painting. 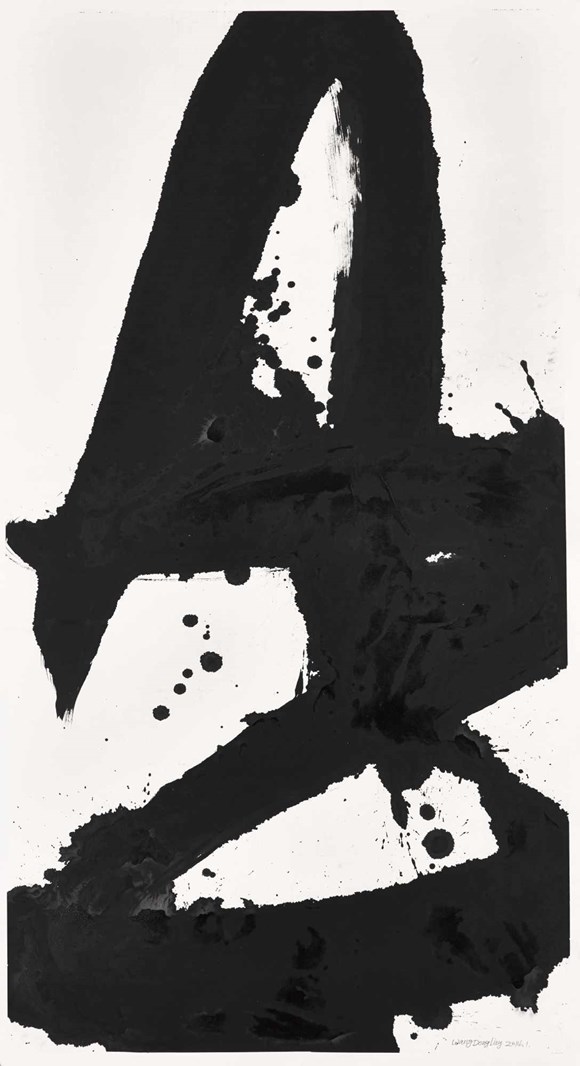 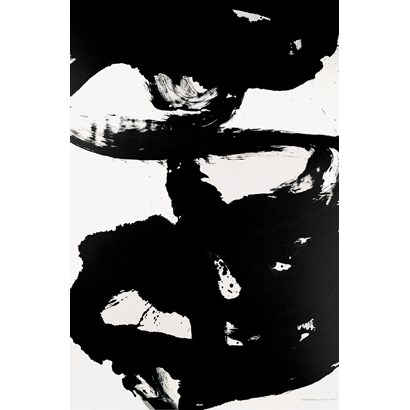 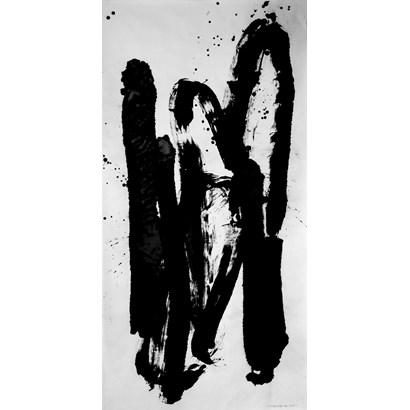