Born in Guangzhou, Guangdong, in 1945, Leung Kui Ting moved to Hong Kong in 1948, and in 1964 he studied painting under Lui Shou-kwan (1919 - 1975). Leung later took graphic design classes from Wucius Wong and has held various teaching positions. In the 1990s he exhibited in the mainland and traveled there quite a bit. A figure in Hong Kong's New Ink Painting movement that grew up around Lui Shou-kwan, Leung has experimented with many different styles that synthesize classical ink painting with modern art. However, the rocks, trees, and mountains that have been the subject of the literati painters over the past 600 years have remained his principal interest. In his series of paintings entitled "Zan Zak Zen", he portrays fantastically shaped Chinese scholar's rocks as if they were cliffs and mountains. In another series entitled "Words from Stones", magically floating mountains, again evoking scholar's rocks, are juxtaposed with finely drawn diagrams and graphs, thus creating a world of tension, as well as resolution, between old and new. 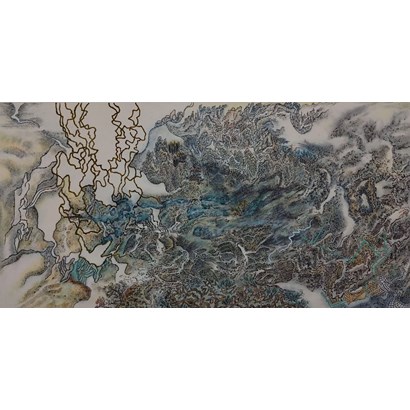 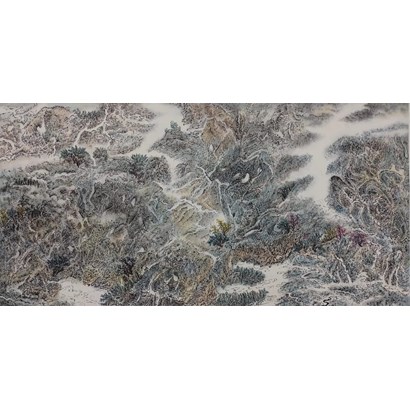 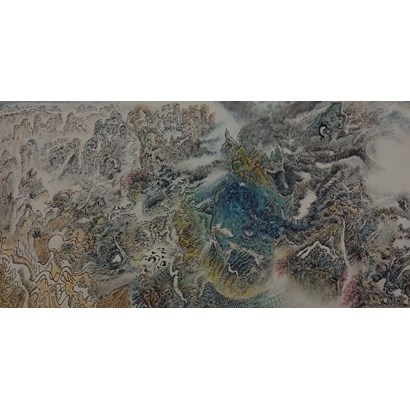