Born in 1940, Li Xubai moved to Hong Kong in 1979, where he has been the editor of art magazines such as "The World of Collectors" and "Dragon Roots Art Magazine". Li moved to Canada in 1996, where he now lives. Although he first taught himself western-derived painting, Li began to study Chinese classical literature, poetry and landscape painting in the 1960s. His paintings are constructions of landscape elements without a specific relationship to any one geographical site. Li Xubai maintains his connection with the contemporary world by creating a seemingly flat pictorial space and a pixilated effect that reminds digital media. By choosing to paint in a classically derived style, Li Xubai asserts his cultural identity while working in a foreign land. The poems he inscribes on his paintings in traditional literatus fashion usually mention his foreign residence, echoing numerous inscriptions by painterly predecessors who wistfully invoked their own political exile. 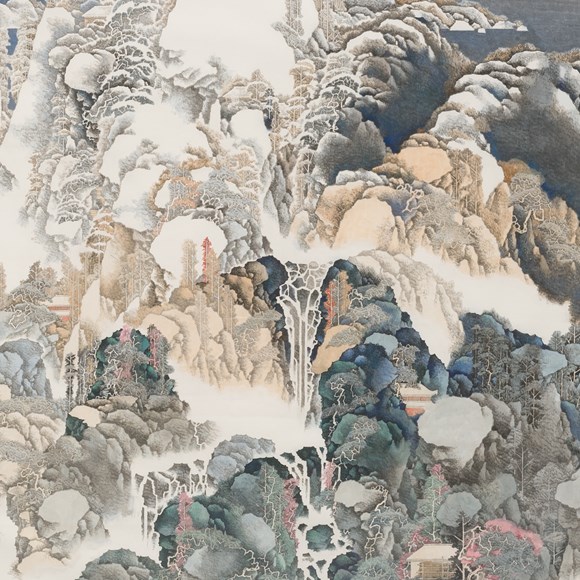 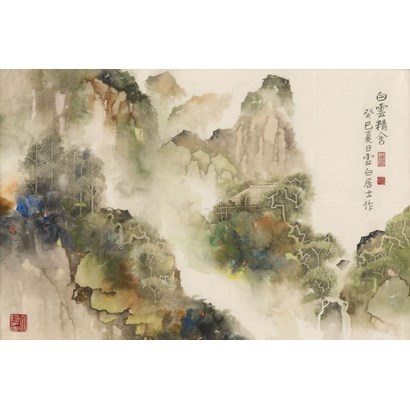 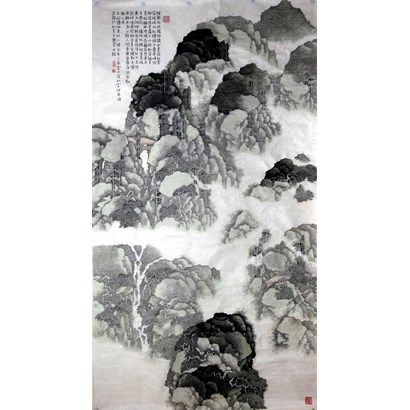