Born in 1941, Yuan Jai studied Chinese painting at the National Taiwan Normal University and received her MA degree from the Catholic University of Leuven in 1966. In 1968 she received her doctorate from the Royal Institute for the Preservation of Cultural Artefacts. Yuan's early interest in Art Deco, Art Nouveu, Cubism and Surrealism were fundamental to her later stylistic development. Upon returning to Taiwan, Yuan Jai worked for decades in the Department of Antiquities at the National Palace Museum in Taipei. Her own paintings were originally inspired by landscapes in thick mineral pigments and often with primitive-looking or archaistic compositions, in the so-called 'blue-and-green style', which were often on display at the museum. The main pictorial source for her work has been examples of the masters paintings in the museum, but Yuan Jai has integrated her own very contemporary structure to create artworks that have been streamlined into geometric elements of vibrant colour. 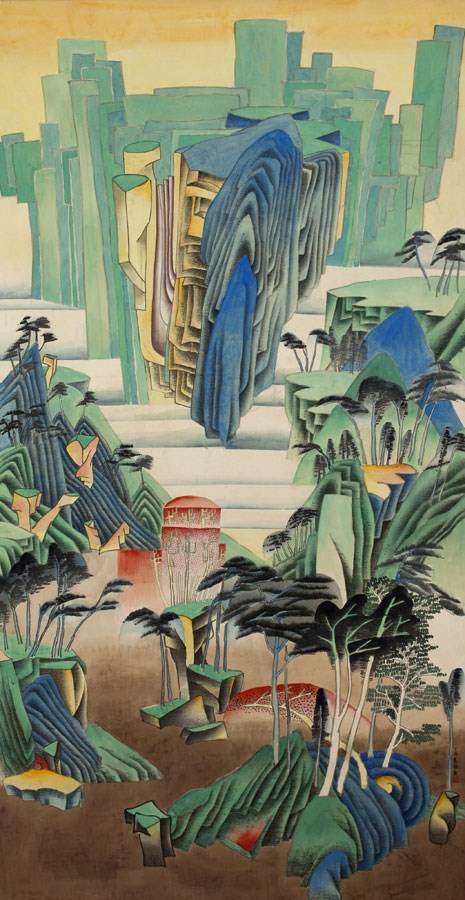