Born in Huangyan, Zhejiang, in 1949, Zhu Daoping graduated from the Fine Arts Department of Nanjing Art Academy in 1977. In 1973 Zhu’s paintings were exhibited in the annual national art exhibition and since 1998, he has been president of the Nanjing Institute of Calligraphy and Painting. In 2004, he received the first prestigious Huang Binhong Award, named for the leading literati painter of the early 20th century. Having grown up near Nanjing, Zhu’s art is closely related to the New Jinling (Nanjing) School, painters deeply influenced by Fu Baoshi (1904-1965), who revivified the local landscape tradition; and the lush terrain of southern China and the Yangtze River .While the dotted surfaces in his paintings are reminiscent of the style of earlier Nanjing masters such as Mei Qing (1623-1697) and Shitao (1642-c.1707), Zhu goes further by rediscovering and emphasizing the relationship between dots, lines, and the pictorial surface: he has created a modern aesthetic that is still rooted in the long Chinese tradition of painting. 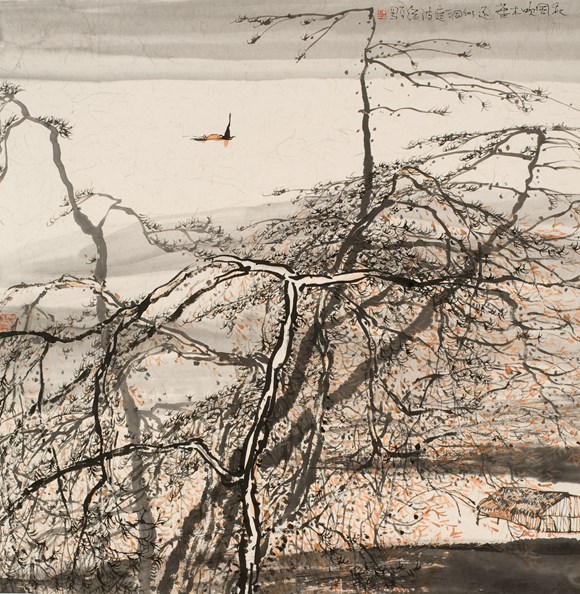 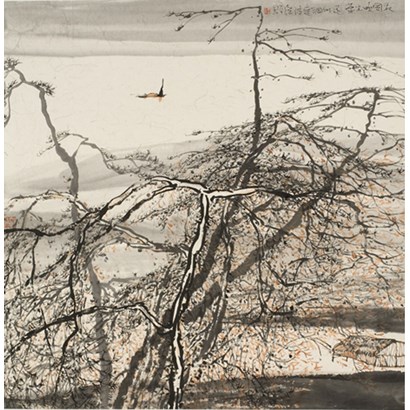 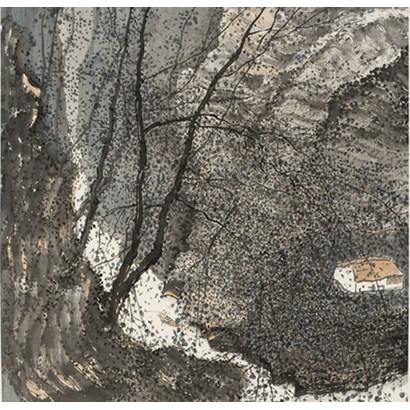