Qiu Zhijie is one of the most talented and versatile artists in contemporary China. He studied printmaking at the Zhejiang Academy of Fine Arts, Hangzhou, and graduated in 1992. Teaching there now, he is one of the most influential exponents of new media in China. Qiu's often conceptual works come in photography, video, performance, stone-carving, painting, or calligraphy; he is also an influential curator, critic and teacher. Many of his works deeply explore the nature and meaning of the cultural tradition he has inherited. He utilizes the most traditional techniques, such as ink rubbing, to convey slogans exploring public involvement in economic development. The ironic mixture of an ancient method of transmitting texts with contemporary content provokes people to rethink the relationship between tradition and today's society. He was the curator for the 2012 Shanghai Biennale. 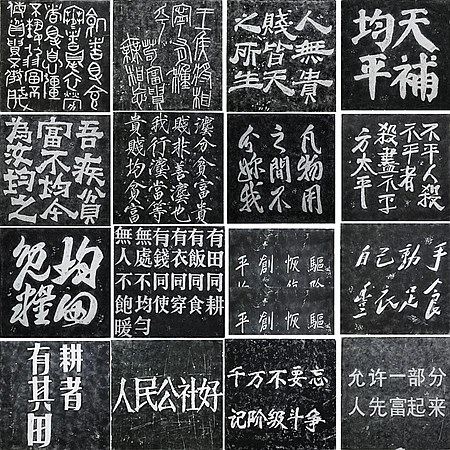 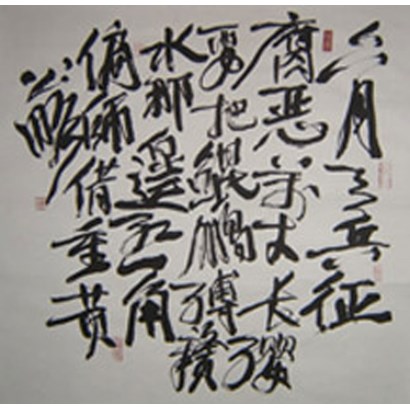 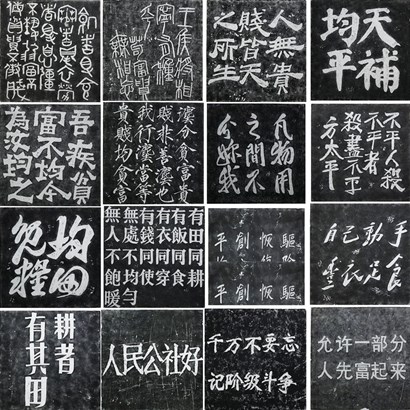 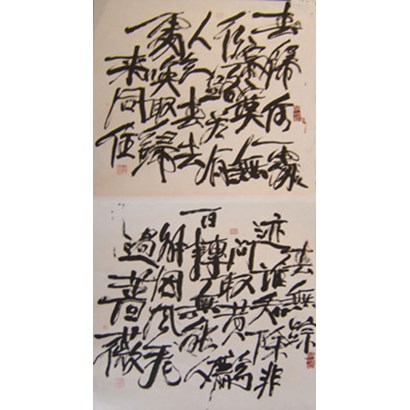