Born in 1972 in Chengdu in the southwest of China. Chengdu was one of the few cities in China during the 1980s to host a vibrant and experimental art-scene pioneered by two avant-garde artists who were later to become famous - Zhang Xiaogang and Ye Yongqing. In this fertile atmosphere, Qiu opened a bar which became the hub for blossoming underground music and art circles in Sichuan and where much of the groundwork for the internationally recognised Chinese avant-garde of the 1990s was laid. By 2003 Qiu had spent some years in Germany graduating from the Fine Arts Department of the University of Kassel where he absorbed the stylistic and conceptual innovations of western modernism at the same time as he pursued his study of Chinese traditional culture. He returned to Shanghai in 2004 and began teaching at Shanghai Normal University which he continues to do so. Qiu Anxiong’s work ranges widely across a broad spectrum of painting, animation and video installation. The roots of his aesthetic remain in the ink painting tradition bolstered by a deep reading in the Chinese classics. He is therefore able to highlight the creative interaction between past and present in works which evoke a dreamy, other-world quality of ancient mythology in acutely contemporary terms thus highlighting the contradiction and absurdity of the world around us. The central themes defined by these works and his dismay at the consequences of the new China’s emergence - social disintegration, brutal urbanisation and uncontained environmental degradation. 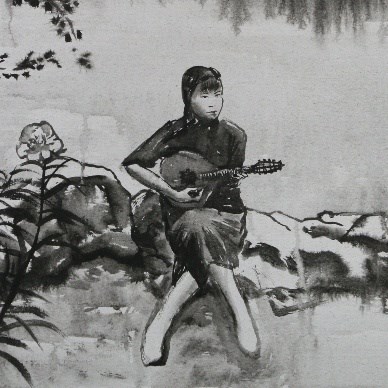 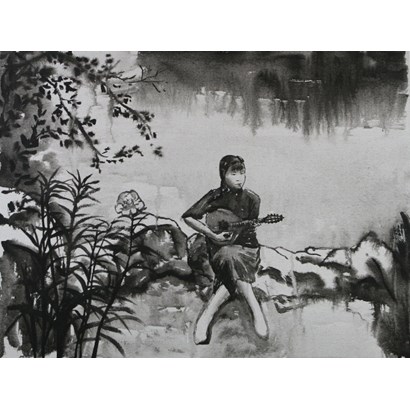