Yang Jiechang graduated from the Chinese Painting Department of that province’s Guangzhou Academy of Fine Arts in 1982. Afterwards he spent two years formally studying Daoism under the Master Huangtao at Mount Luofu, which had a profound influence on his art. Upon his marriage to the writer and critic Martina Köppel-Yang, he moved to Paris in 1988. Yang’s extensive training in Chinese and European artistic traditions has given Yang Jiechang uncommon versatility: his works range from painting, collage, and sculpture to multimedia installation, site-specific works, and performance. Yang gained international recognition through the exhibition of his large monochrome ink paintings in “Les Magiciens de la Terre” at the Centre Georges Pompidou in Paris in 1989. He also exhibited in the landmark China Avant-Garde exhibition at Beijing’s China National Art Gallery that year. 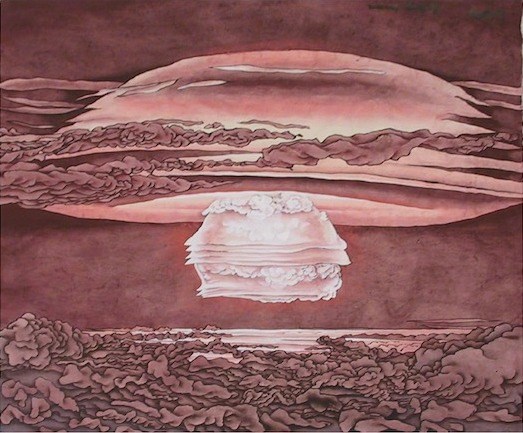