Born in 1977 in Hyogo Prefecture, Japan, Tomoko Kawao is one of the foremost woman calligraphers alive today. She has been practicing ( and studying ) calligraphy since the age of 6 and now dedicates her time promoting and teaching the tradition to others worldwide.

Tomoko has radically reinterpreted and restructured the classical calligraphic canon in order to respond to the cultural expectations of a new age. And by so doing, she has created a new pictorial language which, while rooted in the past civilisations of both Japan and China, is arresting, completely original and beautiful.

Her work incorporates her own body to create kanji ( Japanese script ) characters; focuses on the unbroken movement of brush and combining the English language with the Eastern calligraphic tradition. Tomoko has also expanded her practice into film, installation and performance.

Her latest series, the LOVE series, has been created in response to the Covid-19 pandemic and the new human concept that took hold: “the fact that we do not see people precisely because we love them.”

Tomoko now lives and works in Kyoto, Japan, where she is also a professor at the Kyoto University of Art and Design. Most recently she has been commissioned by design house LOEWE, performed at the World Rugby and appeared in films like Art of Japanese Life (BBC) and Van Gogh & Japan. 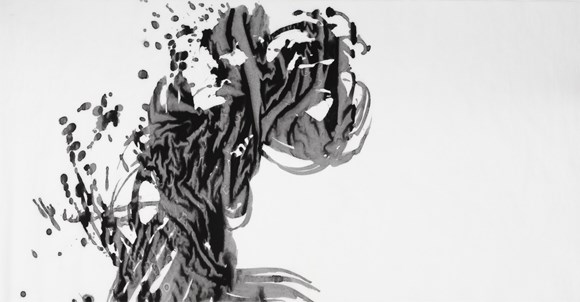 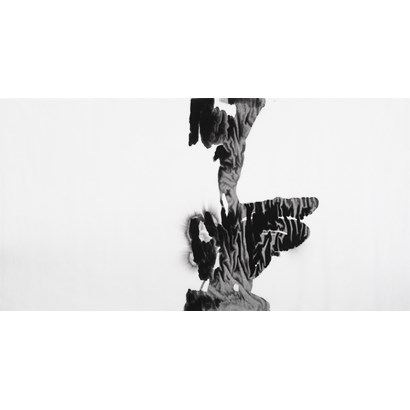